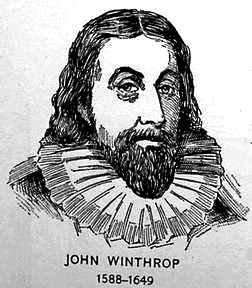 1630 – Governor John Winthrop, Thomas Dudley, and others signed the covenant of First Church in Boston. The date was set apart as a day for fasting and prayer, and after solemn religious exercises, the congregation gathered under “the umbrage of a great tree” and formed themselves into a church. First church was founded as a Puritan church and later became Unitarian. In 1970 it merged with Second Church, also Unitarian.

Read more at: www.HarvardSquareLibrary.org - the digital library of Unitarian Universalism.