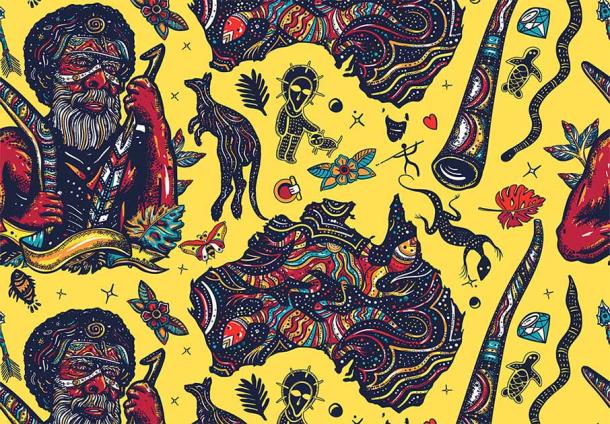 Newly published and ground-breaking research has revealed previously unknown information about the populating of the ancient supercontinent of Sahul, which once comprised Australia and New Guinea. This story begins around 75,000 and 50,000 years ago when about 3,000 brave Southeast Asians became the first humans to reach Australia.

According to a 2013 study published in Science, these “intrepid explorers” became the continent's founding population and the ancestors of Australia's aboriginal people. But the new research paper published in Quaternary Science Reviews has combined advanced demographic and wayfinding models to construct a timeline of migration across Australia.

The study was led by the ARC Centre of Excellence for Australian Biodiversity and Heritage (CABAH), and was published under the title Directionally supervised cellular automaton for the initial peopling of Sahul. According to the researchers, the results are “surprising and have massive implications for understanding migration in other places and times.” 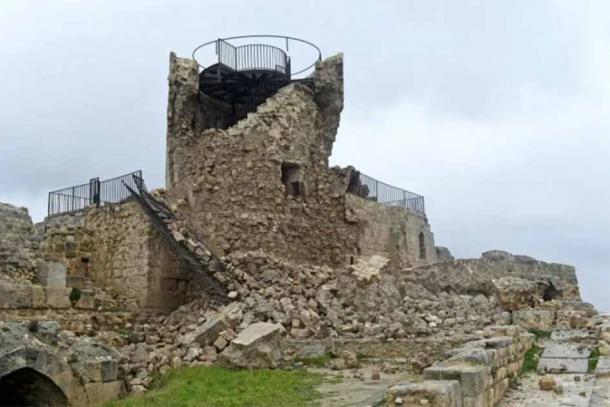 Concerns have arisen for ancient sites after two earthquakes struck Turkey and Syria on Monday.

Proof Emerges that Neanderthals Harvested and Ate Crabs 90,000 Years Ago 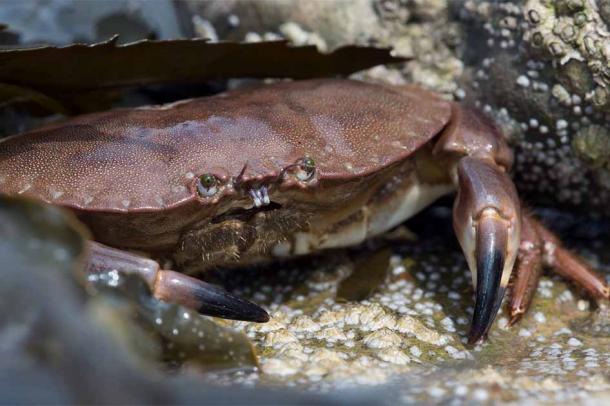 New research has once again illustrated that the Neanderthals were neither primitive nor unsophisticated. It shows that Neanderthals living in a cave near Lisbon, Portugal 90,000 years ago enjoyed a rich and diverse diet that included healthy amounts of crab meat. 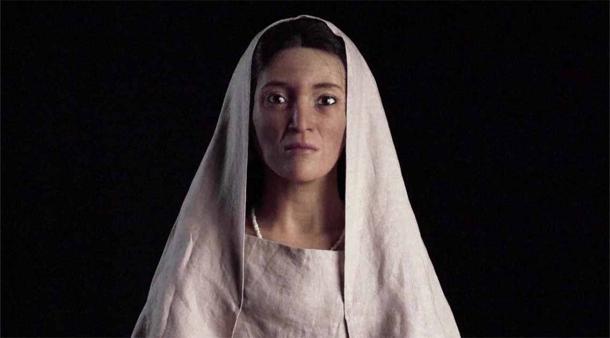 For the first time in history, a team of archaeologists, forensic scientists, and model makers working under the Saudi Royal Commission for AlUla (RCU) have reconstructed the face of an ancient Nabatean woman who lived over 2,000 years ago. 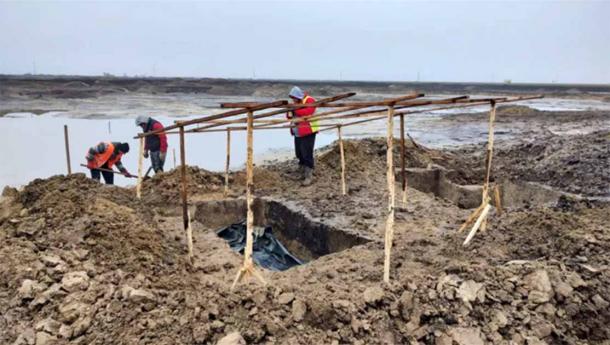 Amidst the buzz of a highway construction project in Romania, a team of workers accidentally stumbled upon a historic trove of buried treasure and a Hun warrior tomb. 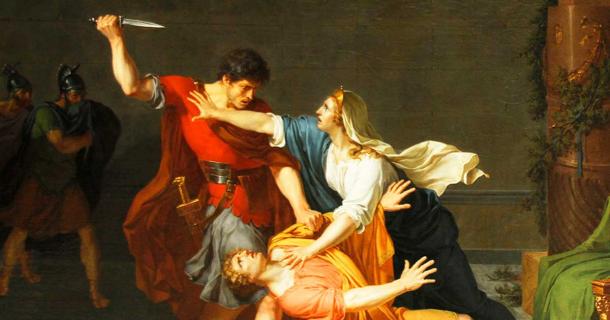 We’ve all had issues with family at one time or other. But the lengths taken by the Roman emperor Caracalla really take the biscuit. 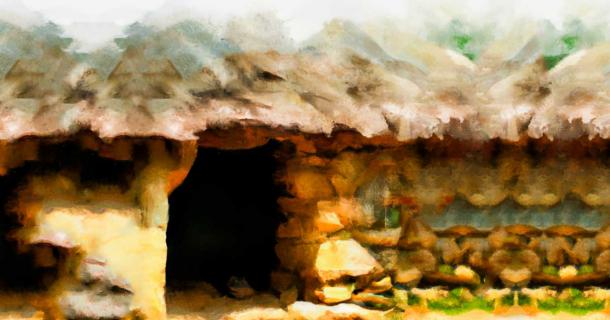 In the past, archaeologists exploring near the banks of Lough Foyle in Ireland have found ruins and artifacts linked to the first millennium AD Kingdom of Aileach. 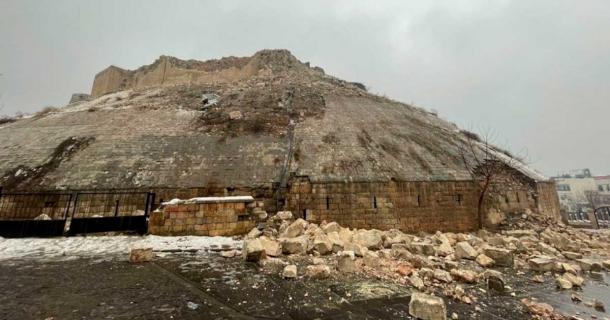 The catastrophic earthquake of magnitude 7.8 that hit Turkey and Syria on Feb. 6, 2023 has caused horrific loss of life and injuries in 10 cities in the affected region. 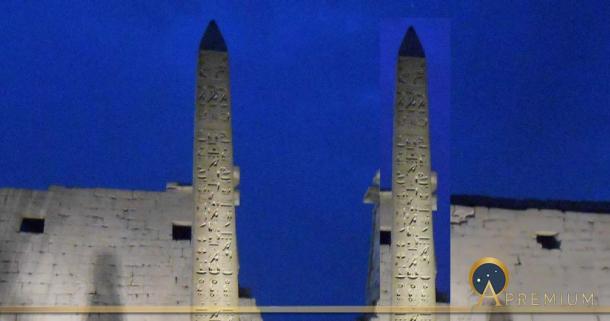 The magic of ancient Egypt, with its megalithic monuments and the mysteries they symbolize, still mesmerizes millions of people 2,500 years after its decline as an ancient cradle of civilization. 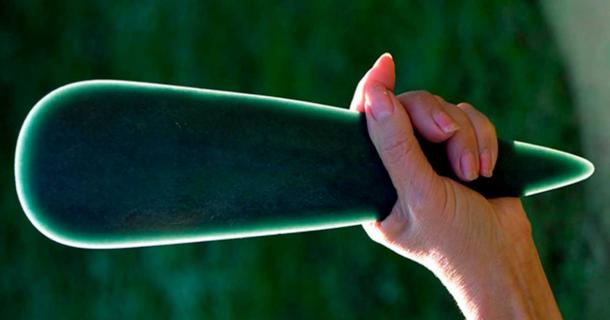 Jade has been used by ancient civilizations for thousands of years, dating back to the Neolithic period. The precious stone was highly valued by the Chinese and was often referred to as "the royal gem." 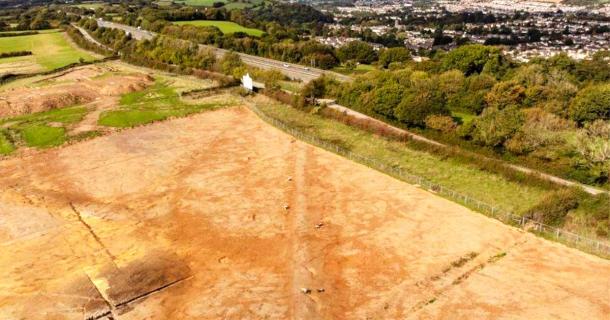 The Sherford site in Devon, which is being developed into a new town, has been providing fascinating insights into the region's ancient history. 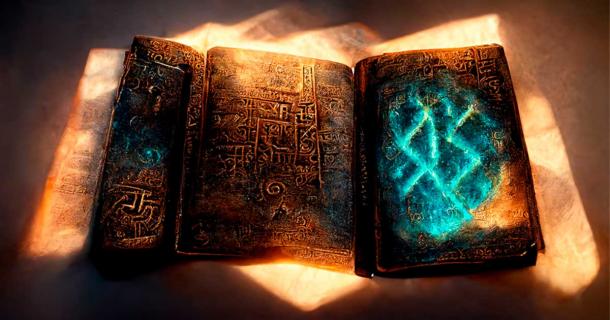 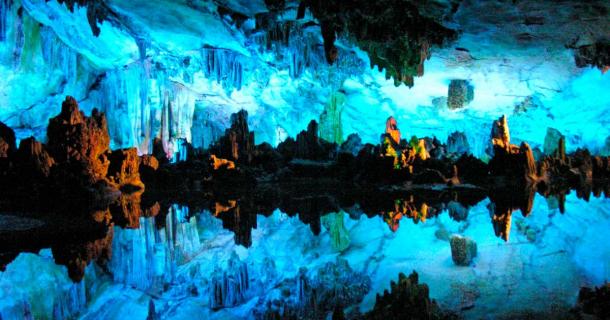 There are a lot of fascinating natural wonders in the world, but one of the most interesting is the Reed Flute Cave in Guilin, in southern China. 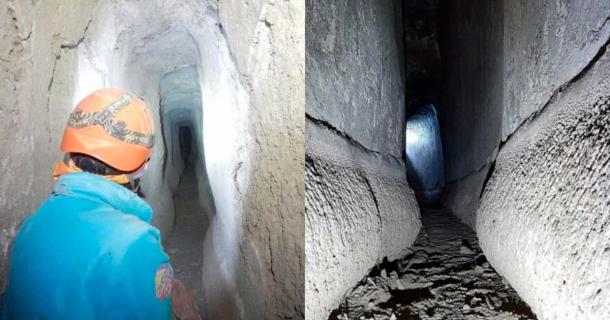 Built in the early first century BC during the Augustan era in Naples, Italy, the “Aqua Augusta” is one of the largest and most sophisticated aqueducts in the Roman Empire.

Oldest Bone Projectile Point in the Americas Found Stuck in a Mastodon’s Rib! 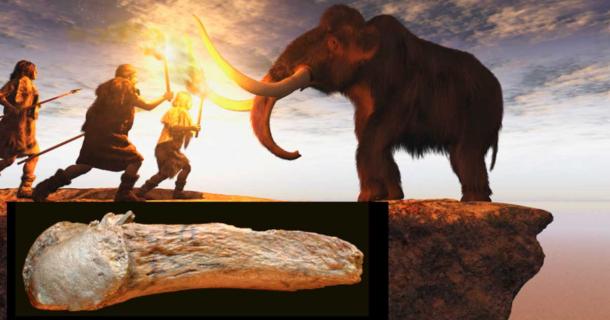 Analysis of a 13,900-year-old bone projectile point has led to two major discoveries. First and most importantly, it is the oldest known artifact of its kind in the Americas!

Seven Haunted Monuments and Their Violent Past 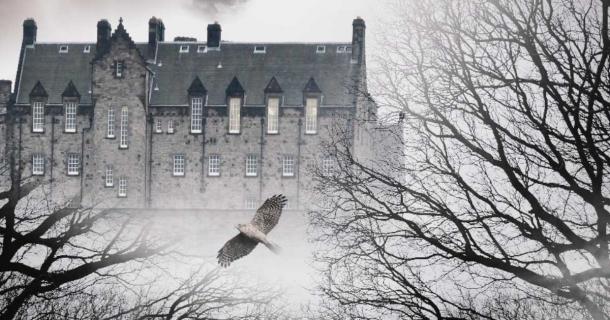 Who doesn’t love a good ghost story? Historic monuments throughout the globe are said to be home to ghostly goings-on.

Marijuana for All that Ails You: Cannabis in the Ancient World 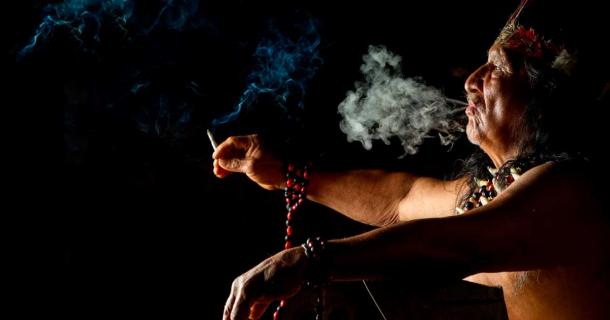 Marijuana, also known as cannabis, has been used by humans for thousands of years for both medicinal and recreational purposes.

The Greek And Roman Agoras In Athens 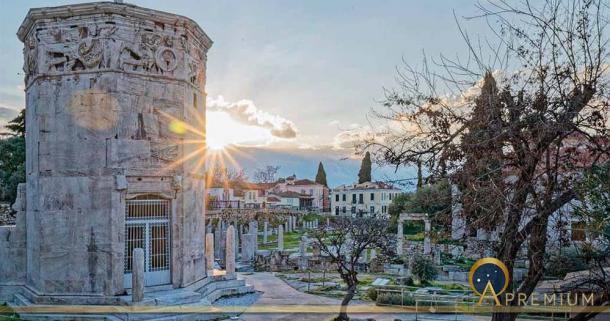 The word ‘Agora’ in ancient Greek means ‘market’ but the agora in a city-state or polis was much more than just a commercial hub, it was also the socio-political center, the verus locus social media platform where politicians and city-fathers gathered to discuss affairs of the state

Thornborough Henges: England’s Majestic Stonehenge of the North Finally Opened to the Public 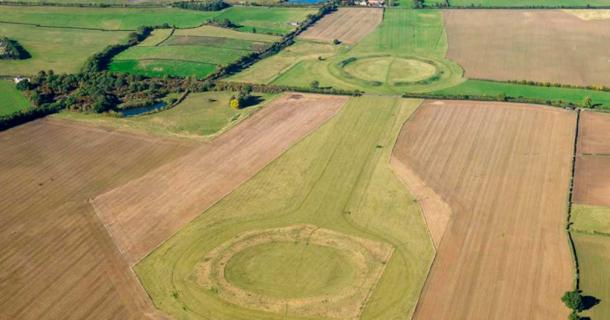 As the culmination of several years of sensitive negotiations, the preservation organizations Historic England and English Heritage have finally secured ownership and full control of two-thirds of the splendid Thornborough Henges, a massive set of interconnected late Neolithic earthen monuments located near the city of Ripon in North Yorkshire. 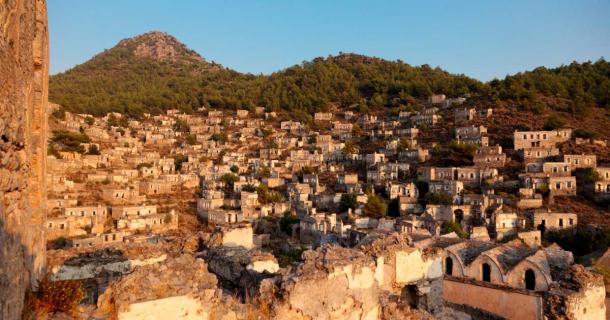 Since the beginning of time, cities have been built and abandoned for countless reasons. War, famine, drought, and more have led communities to flee and relocate to regions that better suit their needs.

The Bjørnstad Ship: A Rare Window into the Nordic Bronze Age 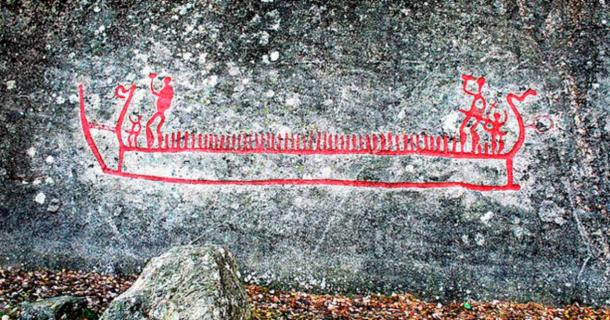 Situated near Sarpsborg, Norway, the enigmatic Bjørnstad ship is a fantastic glimpse into the prehistoric, pre-Viking age of Scandinavia. 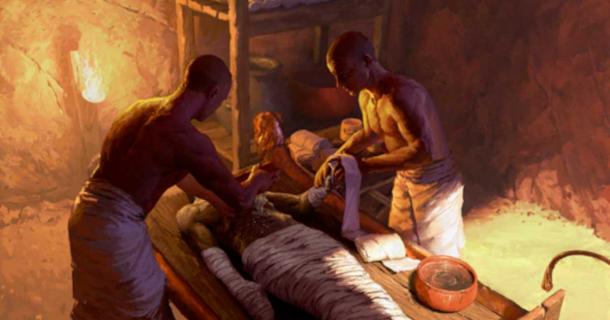 Egyptian mummification has been a source of fascination for historians, archaeologists and scientists alike for centuries.

An Extraordinary Discovery: A Giant’s Ring of the Inca Era? 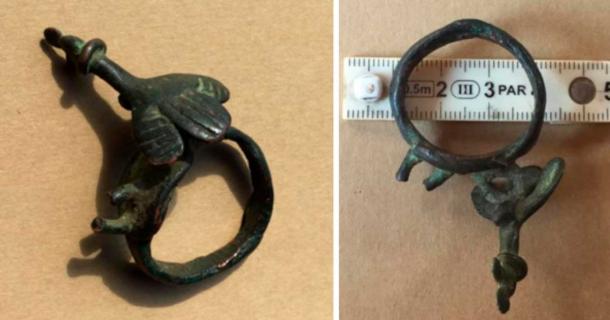 A long time before the Inka reigned, there were in those parts men in the manner of giants, as grown as they showed the figures that were sculpted in the stones. 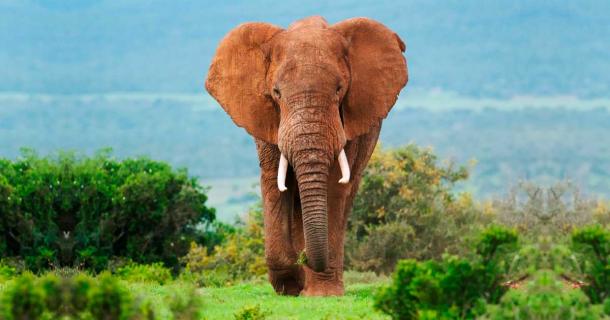 New evidence has emerged that Neanderthals were more advanced hunters and gatherers than previously thought. 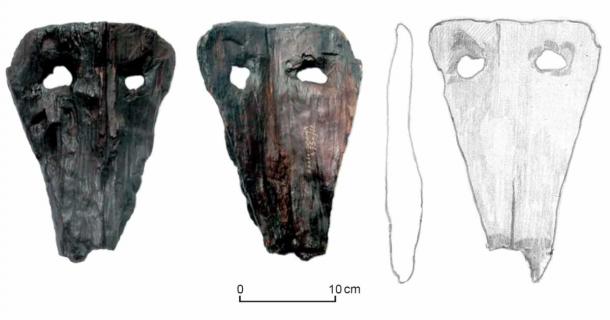 For over six decades, it was believed that two wooden objects discovered in Opole, Poland were pagan Slavic masks used in mystical ceremonies held in cemetery woods. 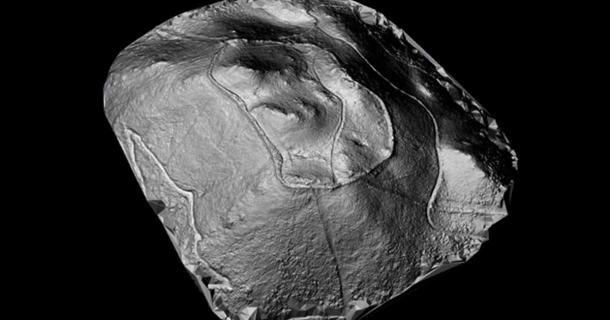 An ancient 25-acre (10-hectare) fortified settlement found on a hilltop in Galicia was long ago identified as an Iron Age village, meaning it was dated to the period between 1,500 and 500 BC. 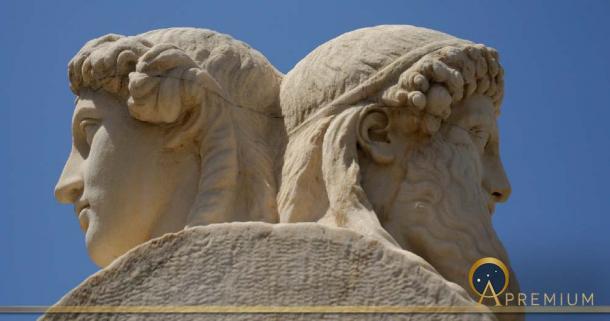 Long before the Greek Olympic Games became the dominion of a male god, ancient symbolism was embedded in the Hieros Gamos (Sacred Marriage ceremony) practiced at Olympia, a sanctuary in a serene valley called Altis 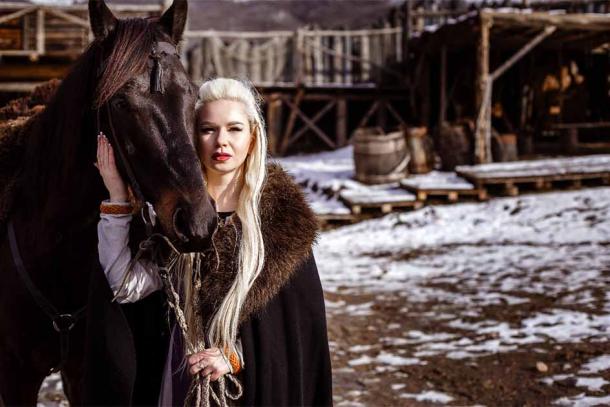 The Viking warriors who invaded England in the late ninth century have long been a topic of fascination for historians and archaeologists alike. 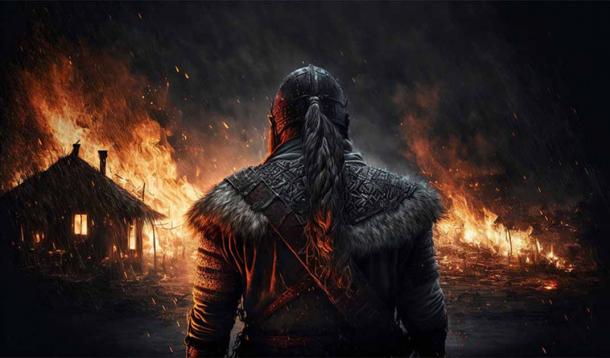 Medieval English monasteries didn’t just passively cave in to the long-running Viking attacks on English shores that culminated in the victory of the Anglo-Saxon king Alfred the Great. Lyminge 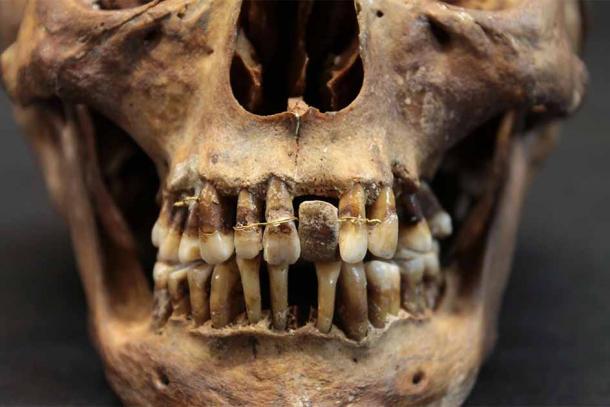 Like many LA celebrities today, serious dental work was carried out in 17th century France to protect the smiles of perceived social elites.